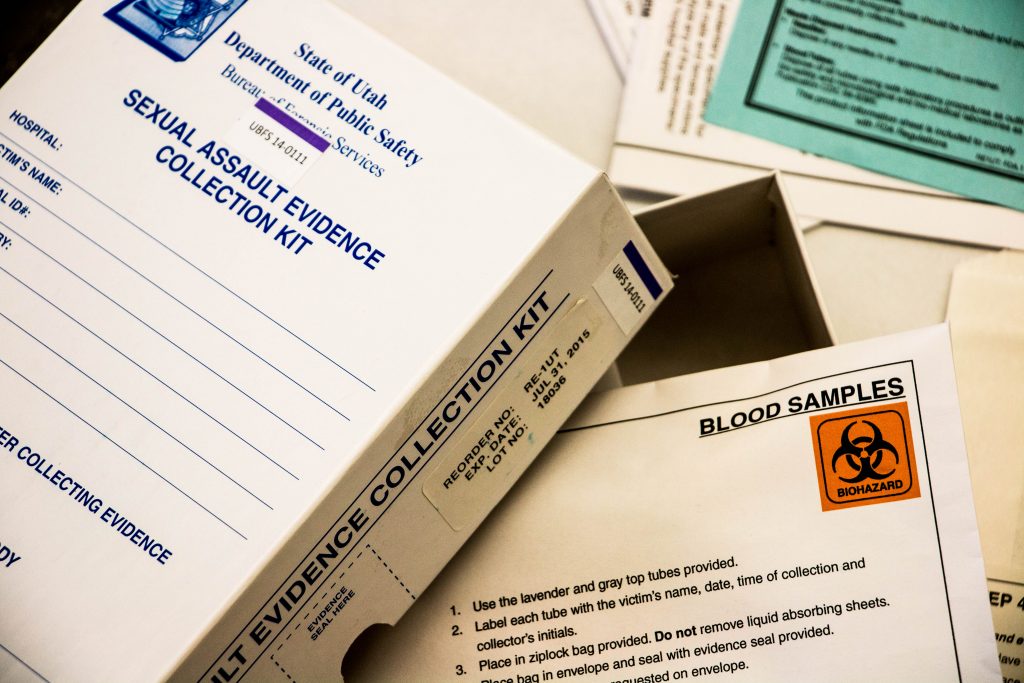 SALT LAKE CITY, UTAH– The Commission on Criminal and Juvenile Justice (CCJJ) and the Utah Department of Public Safety (DPS) have established a group dedicated to pursuing justice for victims of sexual assault. That group includes a new victim advocate who will be the point of contact for victims seeking resources and the status of their sexual assault kit. A new information line has been set up for victims to connect directly to a victim advocate. That number is  1-801-893-1145

CCJJ received $1,999,680 in 2015 from the Bureau of Justice Assistance for the National Sexual Assault Kit Initiative (SAKI), a pilot project to address the investigation, prosecution, and survivor needs, stemming from previously unsubmitted sexual assault kits in Salt Lake County.

A multi-disciplinary working group has been meeting since October 2015 in Salt Lake County to create evidence-based policies and procedures to address the unique nature of sexual assault cold cases.  The working group is committed to increasing support services and improving the systematic response to survivors of sexual assault; increasing transparency throughout the criminal justice process; enhancing prosecution rates of sexual violence cases; reducing processing times for sexual assault kits; and advocating for policy changes at the state and local levels.  To date, the working group has developed a victim notification protocol, established a Sexual Assault Kit Information Line and Victim Therapeutic Treatment Fund, has begun work on the Sexual Assault Kit Tracking System (expected to launch in July 2018), and aided in the passage of House Bill 200, the mandate to test all sexual assault kits in Utah.

Additionally, a cold case review team has been meeting since September 2016 to assess each cold case’s potential to be investigated and prosecuted, to identify gaps in the criminal justice system, and to assess training needs for multi-disciplinary professionals.  Since the group was established, 71 cold cases have been reviewed, 22 survivors have been notified, and 9 cases have been filed for felony charges.

Earlier this year, CCJJ applied for a second SAKI grant to implement the evidence-based protocols developed in Salt Lake County to all counties in Utah.  The SAKI team has met with many partners statewide to discuss cold cases and evidence-based best practices, disseminate relevant protocols, and discuss potential opportunities for furthering the SAKI mission statewide.  CCJJ expects to find out if funding is awarded in fall 2017.

If you found this news entry interesting, please consider sharing it through your social network.